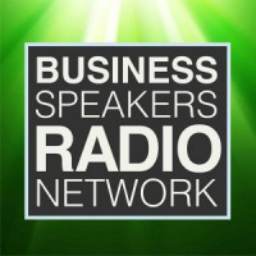 The Business Speakers Radio Network is a media network focused on driving critical change in how media function from soup to nuts.

The issue is that media have evolved to rely on ad dollars as their life blood and that comes with some terrible costs that have played out impacting businesses, careers, elections, wars, and more over the last 200 years. Take a look at any major newspaper today and you probably will find that there aren’t enough pages to it to line a birdcage with. When I used to sell those ad spaces for a local newspaper we used to call papers like that Elevator News because you could start them as you got on the elevator at work and be finished reading it cover to cover by the time you got to your office. It’s absurd, but that’s what the biggest newspapers in the country have become – Elevator News.

And because of that, they no longer have a reason for people to read the ads printed in them, so fewer ads get placed, less revenue, and so on. It’s an exercise in watching some of the biggest and most historic names in journalism and business slap themselves in the face with codfish like they were clowns at the visiting circus getting paid to be the brunt of the national joke.

Radio and TV are no different, it turns out. It would seem like the only viable media today is the Internet, but oddly enough content PRODUCERS online that rely primarily on ad revenue are running into the same issues as instead of having 3 channels to compete with, now they’re having potentially billions of ad placement competitors, many of whom aren’t even content producers, they’re just content distributors or curators, and even many of those are struggling to make the ad dollars they get cover their bills.

If you really look at why media, both online AND offline are failing, it isn’t because of the media themselves, meaning whether traditional newspapers, radio, or TV versus online options, but on how they make their money in the first place.

Relying on ad dollars as your primary source of revenue puts your business model subject to economic forces and public opinion drivers that as a media means you now have to play favorites if you want to put bread and butter on the table for your family and your employees. In turn that takes your journalistic integrity and puts it in jeopardy every waking minute of every waking hour of the day, and anything under that intense pressure sooner or later breaks or turns into diamonds which then get plucked into other entities leaving you back scrambling to find content that continues the JPM, or Jolts-Per-Minute metric driven media mantra as it has been plastered on every content team meeting since Evgeny Sokolov and Richard F. Thompson each independently wrote about the Theory of Habituation and coined the term ‘Jolts-Per-Minute’ that still rules the Box Office today.

So how can media businesses grow revenue models that actually work and can allow them to stand independent , and with their integrity intact? Well, the answer is to go through the same process any other business would and develop new business models that solve the revenue problem. Kodak and Polaroid didn’t do it and paid the price, while Fujitsu and Nikon evolved. The Business Speakers Radio Network is predicated on the more than 1400 different revenue models we’ve identified for media and is being built and design specifically to provide expert-driven content to audiences that are looking for experts not just talking heads, to give expertise and facts, not bloviation and editorial opinions.

The great news for OUR media is that you can have many experts on a station that have similar backgrounds but wildly differing opinions and facts and that’s not just OK, it’s awesome because now your audiences get to make educated choices instead of spoon-fed biases that history has shown rarely works out well.

And from a business model, having as many as 1400 possible business models, not one of them relying on paid advertising to carry the load means that your revenues stand much better chances of growing and staying stable, even when the traditional pressures on media are wiping out your competition that relies on advertiser-driven revenues.

So if you want your medium’s integrity to be beyond reproach journalistically, we have the path to freedom you’ve been looking for. And if you want to be a part of changing the landscape of media in general for the next several generations, then we’re the partner you can’t do without.

It is a long established fact that a reader will be distracted by the readable content of a page when looking at its layout.